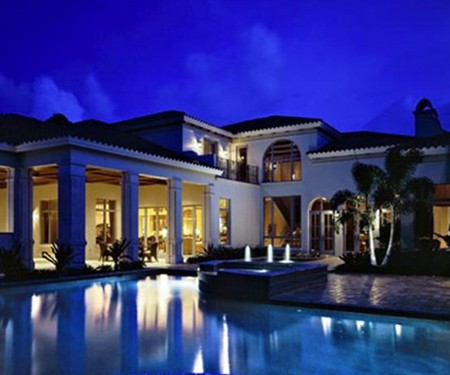 The technology of materials has gone up, the size of homes has gone down, yet the high quality has remained the same. That’s what Joe Smallwood, founder of BCB homes, has seen during the past two decades of building luxury homes in Southwest Florida.

Smallwood was working as an engineer for a company building large scale projects such as shopping centers, condos and office complexes when he decided to make a change. In 1993 he began his business by taking over the construction of a 10,000-square-foot home in Port Royal.

“We started with a big, complex home,” Smallwood said about his first project being such a large house. “But I came from building 22-story high-rises.”

Smallwood wanted to have his own business and in 1993 he saw a shift in buyers and that meant opportunity.

“In the early and mid-’90s we started seeing a shift from the small vacation type home to full-time residences,” Smallwood said. “It went from vacation homes to more permanent homes, and these homes became more significant. We saw how the market was changing and realized there was an opportunity for a really great quality builder to get involved with these larger homes.”

“There were no height limits in Bay Colony,” Smallwood explained. “Because of that there were four-story beachfront homes.”

At the turn of the century things became even busier. Smallwood was building about 20 homes per year, each ranging in size from 6,000 to 10,000 square feet. Some were even larger. The largest he’s ever built was a home with 23,000 square feet under air.

“Those times there was a huge demand,” Smallwood said.

That changed during the recession when BCB homes dropped to building 12-15 homes a year. Yet business wasn’t really down. BCB started doing more remodeling to keep busy.

BCB doesn’t build models. Each of its homes is designed for a certain client. Smallwood created a home on a peninsula in Park Shore, he’s built a LEED certified mansion in Naples and he’s created homes with unique and amazing technology. He’s currently building a home that the owners want to look like something from the Hamptons or Nantucket.

“The idea is to figure out how to make it work here and function the way the customer wants it to work,” Smallwood said.

Using top of the line material and paying attention to detail is something that has not changed during the two decades of BCB, he said.

What has changed are the materials that are available.

“The systems and products available now make the homes function better,” Smallwood said. “When I grew up you didn’t go in rooms with windows on the west side of the house in the afternoon. Now with all the humidity systems and the new energy-efficient glass, it’s a lot more comfortable. We can take a house now and give the same temperature and humidity 365 days a year.”

Another big change is the size of the homes people want. Customers are finding that bigger isn’t always better. They are realizing they don’t need 8-10 bedrooms, or a media room and a workout room and a library and a crafts room, but instead can incorporate rooms together. The average size home built by BCB today is 6,000 square feet under air. Today, the company’s product mix ranges from homes priced from $800,000 up to $20 million.

Homes are fully automated and can be turned on or shut down remotely on an iPad of Smart phone.

“One trend I see more and more outdoor space that lives like indoor space,” Smallwood said.

“Some homes have as much square footage outside as inside,” Smallwood said.

“You can build for 20 years or 100 years, but there are always ways to make it better,” he said. “All these improvements we make month after month and year after year do make a difference. That’s what makes it interesting; trying to figure out how to make it better.”