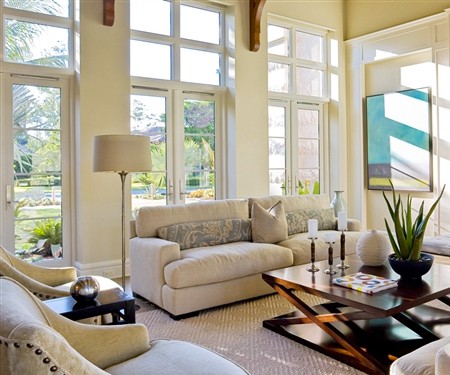 A piling machine spits smoke as it pounds concrete blocks into dirt south of the Edgewater Beach Hotel.

Twelve multimillion-dollar homes are going up – all at the same time – on the east side of Gulf Shore Boulevard in Naples. It’s a rather unusual sight these days.

“Everybody is curious to see something going up in Naples,” said Paul Drake, a principal broker with Rothchilds International Realty.

His company is handling the sales, marketing and management for the project, called Naples Casamore. A sales trailer opened at the site about a month ago after the developer broke ground.

The pilings, which will help keep the homes from sinking or shifting, are a first step. The machine driving them into the ground is loud, but efficient. The noise echoes off buildings nearby with each strike.

A few neighbors have complained, but more have welcomed the project, Drake said.

In a bad economy, there aren’t many new housing developments coming out of the ground in Naples. It has been hard for developers to compete with all the foreclosures and short sales in the local market. Short sales are homes offered for less than what’s owed on the mortgage.

There are signs that the new home market is improving, and that encouraged Gulfshore Development II LLC to start Naples Casamore.

“It’s a very brave, bold move to build them all at the same time,” Drake said. “When this development is ready to go, we think there will be a shortage of inventory. This will be ready to go, when others are not.”

Stofft Cooney Architects in Naples designed the homes. It’s a speculative project, meaning none of the homes were sold before construction started.

Every home at Naples Casamore will have its own boat slip, pool and spa. The community will offer private access to the beach on the Gulf of Mexico across the street.

Homes will range from 6,000 to 6,400 square feet, including patios and balconies. They will have private backyards, four-car garages and private lobbies with elevators on the first floor.

“There’s nothing like this in Naples. I’ve lived here all my life and there is nothing I remember, no project that has what it has,” said Joe Smallwood, president of BCB Homes in Naples, the project’s general contractor.

Docks will be built on Hurricane Harbor, which offers access to the Gulf of Mexico. A new seawall is under construction.

The project is surrounded by condominiums and replaced two condos, Shoreline Club and Canterbury Court, which were built in the 1950s and 1960s, Drake said. They were acquired a year apart for a total of $22 million. They were cooperatives with 37 owners between them and a majority of them agreed to sell out, making the acquisition possible.

The development will have an association to take care of the lawns, landscaping and other services, including pool cleaning.

“Single-family homes, you just don’t have them in this corridor at all,” Drake said. “You have to go to the other side of the canal to get a home with a boat dock.”

It seemed more practical to build single-family homes because those with boat docks in a good location seemed to hold their value better through the housing slump, Drake said.

“They were allowed to put up 29 condominium units and that was the path they were taking,” he said, referring to the developer. “They were going to build these block buildings. Then the recession hit.”

The Naples City Council voted 5-2 for the change to a single-family development. While he supports redevelopment, Councilman Gary Price said he didn’t think single-family homes belonged at the site.

“My thought was that the project was too dense and intense in a community of condominiums,” he said.

He has no issues with the developer or builder.

“We think it will be a positive improvement to the neighborhood, as well as the whole city of Naples,” Drake said. “It hopefully shows that things are getting better.”

There are a variety of floor plans and design options available so the homes won’t look all the same.

The homes will have a common theme, one that’s described as a white-washed, French-Caribbean style.

Research done by architects at Stofft Cooney has shown that many people want to get away from the Mediterranean style, in part because they feel it has been overused, Vayda said.

“The buildings should be visibly coming out of the ground probably within the next month,” he said.

Travis Smith, a project manager with BCB Homes, estimates the new development will directly employ as many as 2,100 people while built.

“It’s not just beneficial for us,” he said. “It’s beneficial in Naples in general, to the local economy.”

He said a project like this grabs attention and should help boost confidence that Naples is “starting to see a turn-around and a rebound.”

On the average day, six or seven people _ not including Realtors _ are stopping at the sales center to find out more information. The homes are listed in the Naples-area multiple listing service. They are priced at $4 million to $5 million.

“We are generating interest,” Drake said. “We can take reservations at any time and we can go to contract pretty quickly.”

The build-out is scheduled for early 2011.

“A few years ago, there would have been a lot to compete with,” Drake said. “Now it’s less.”