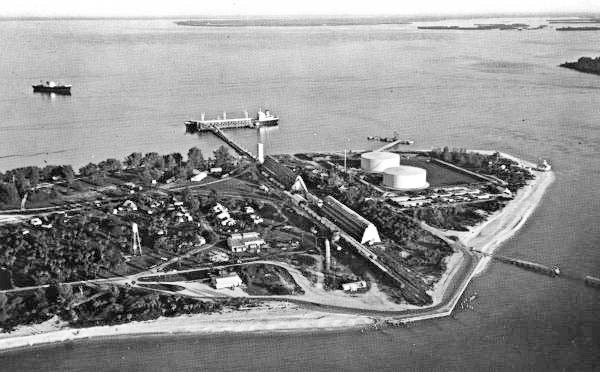 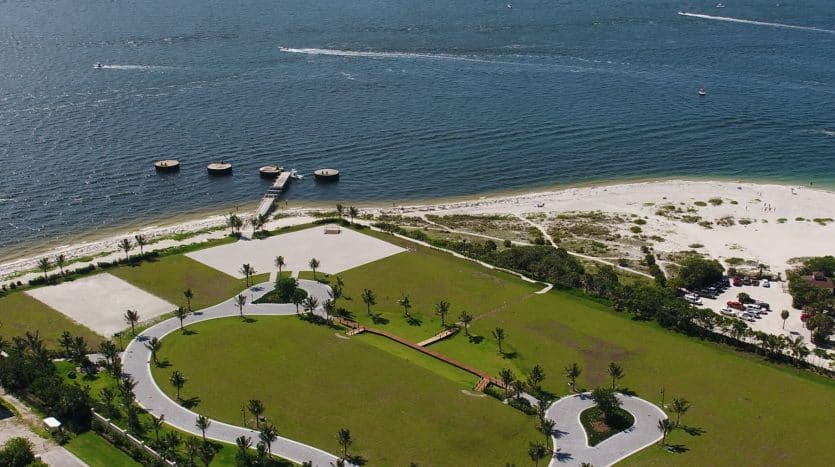 Boca Grande is a small residential community on Gasparilla Island, a barrier island in Southwest Florida. The island is in both Charlotte and Lee Counties and Boca Grande is the largest town on it. The island was sparsely inhabited until the late 19th century. In 1905 harbor dredging began in Charlotte Harbor and Northern Railroad line was constructed, connecting Boca Grande to the outside world. Gasparilla was an important stop for phosphate shipping and in 1911 the first hotel, Gasparilla Inn, opened, and the island became a major vacation destination for the elite from Tampa and Fort Myers.

The natural geography of Boca Grande makes it the ideal staging ground for tarpon as they head offshore to spawn. Sport fishermen from every corner of the globe come to this 40-foot depth channel between Gasparilla Island and Cayo Costa to witness the phenomenon. This channel is what the development, Hill Tide Estates, overlooks.

The phosphate port and FP&L’s facility at “South Dock”
circa 1960 and present location of Hill Tide Estates! 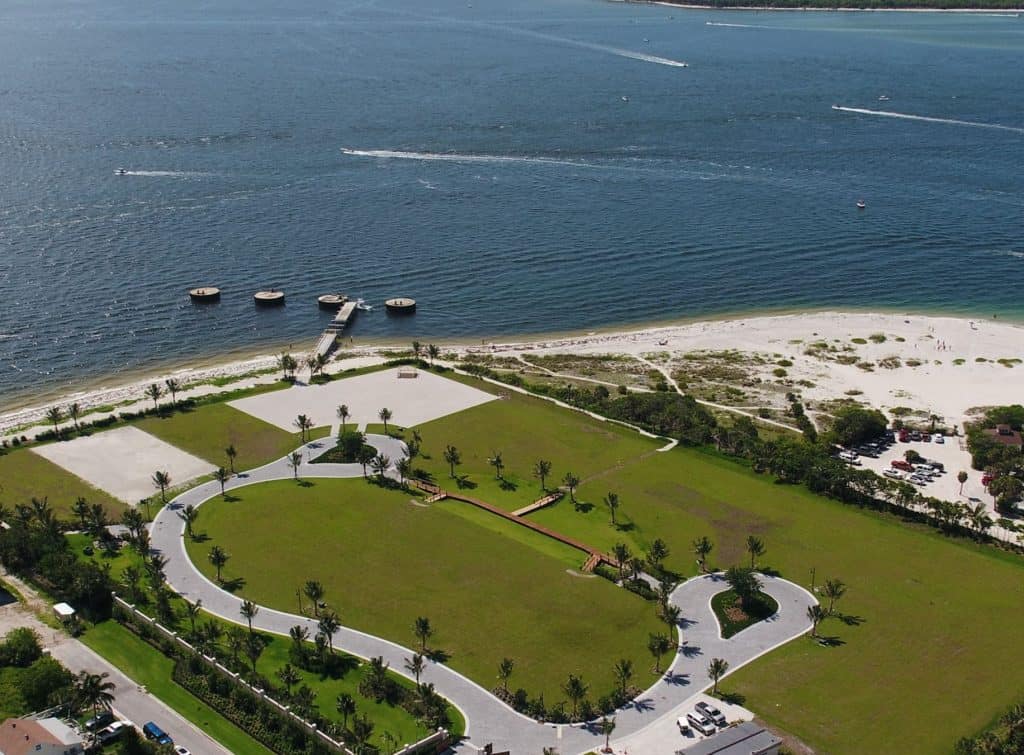 Hill Tide Estates is located on a site at the southern most tip of Gasparilla Island, which was once a part of the phosphate port. In 1912, the first cargo ship was loaded from the 1,000-foot dock which extended out into the deep water. This port was also important during the early years of World War II. It was used for the shipment of supplies to the European Allies in the early days of the war. Activities of the port reached their hey-day in the 1960’s & 1970’s and at this time Florida Power & Light built its own dock and storage facility. Between 200 and 250 ships were coming into this port each year. However, in 1979, the last load of phosphate left Charlotte Harbor after which FP&L converted from oil to natural gas in 2001, which brought the end to Port Boca Grande.

BCB Homes and Seagate Development purchased the property in 2016 from FP&L and had big plans for the site! The development has 19 luxury home sites offering panoramic views of Boca Grande Pass, Gulf of Mexico and Charlotte Harbor. The site is gated with brick-paved streets. Four of the beachfront lots and the four interior lots are sold! BCB Homes currently has plans to build two of the four beachfront lots, with one of them already under construction. Seagate Development has plans to build on the other two beachfront properties.

BCB Homes’ current home under construction is the Silver King Model. The home is on track to be completed in early Spring of 2019. Beautifully designed by John Cooney of Stofft Cooney Architects and Ficarra Design Associates, the home has 4 bedrooms, 6 bathrooms and breathtaking views of Boca Grande Pass from almost every room. The home is constructed of all concrete block and will feature a sand float finish with board and batton accents and cypress wood corbels. The custom- designed pool and spa by Koby Kirwin will enhance the relaxed, beachfront living that everyone on Boca Grande desires.

BCB Homes is making a big committment to helping update current homes on Boca Grande, as well as building new homes! We have just completed a remodel to a home in Boca Bay and have two other remodel projects that are in for permit on the island. We also have been establishing a relationship with the Boca Grande Historical Society and the Boca Grande Chamber of Commerce. We look forward to seeing you on the island soon!