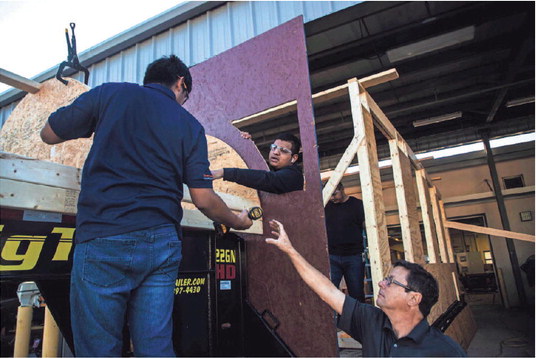 Students to build homes at subdivision

Growing up in Immokalee, Daniel Trejo-Garcia has seen his father try to fix anything that breaks around the house. The construction worker has inspired him to do the same when he’s old enough to have a home of his own.“He would do it himself. I would like to do so, in the future, with my family,” Daniel said. He also wants to work in construction like his father, but go further up the chain of command. While many high school students are undecided about their career paths, Daniel, 16, has an action plan for his future thanks to the support of his parents — and The Immokalee Foundation’s new program Career Pathways: Empowering Students to Succeed. The nonprofit foundation’s mission is to empower children and young adults who have grown up in poverty to change the course of their lives. Immokalee, a tiny farming town east of Naples, has a population of less than 34,000 — representing less than 10% of Collier County’s total population, according to an economic report published by Florida Gulf Coast University. TO READ THE REST OF THE ARTICLE PLEASE CLICK HERE