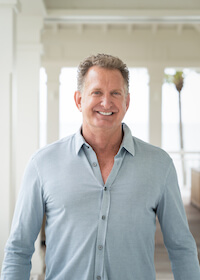 Steve Ferqueron is the Vice President and Project Executive for BCB Homes, Inc.  In this role, he develops business and manages projects on an executive level for multiple construction projects at any given time.

Prior to joining BCB Homes, Inc., Steve was the Vice President of a prominent Los Angeles, California-based luxury home builder for 17 years after being promoted from a project manager’s position that he held for three years prior.  He managed the construction of many homes and estates in the most exclusive addresses in Los Angeles, Santa Barbara and San Francisco. Steve graduated from the University of North Florida in 1990 with a bachelor’s degree in Building Construction.

A native of Florida, Steve was excited to join BCB Homes in 2018 and return to the state which he always regarded as his first home after spending half of his life in California. A devoted father, Steve enjoys family vacations and adventures, as well as snow skiing, wake surfing, paddle-surfing, riding his Harley and boating.