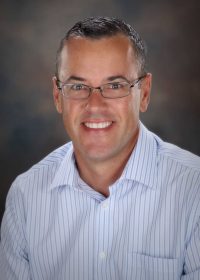 Scott Weidle is the Chief Operating Officer of BCB Homes, Inc. Scott joined BCB Homes, Inc. in 2001 as the Vice President and was promoted to COO in 2007.  Scott has many duties at BCB Homes, but the main one is working directly with potential clients and discuss the opportunities to build a new home or remodeling an existing home or condominium. Scott also oversees the day-to-day operations of the firm.

Scott moved to Naples in 1986 and proceeded to graduate from Naples High School. He then studied Business Administration at the University of Central Florida and graduated with a Bachelor of Science in 1993. After college, Scott worked for Boran Craig Barber Engle Construction. While at BCBE (a commercial contractor in Naples), Scott headed up the Special Projects division where he worked on many of the various condominium buildings in the Park Shore area. Scott went on to become an owner of BCBE before moving into Residential Construction and becoming an owner of BCB Homes, Inc.

In Scott’s free time he enjoys spending time with his wife, Vicki, and their two children, Ansley and Jake. Scott also serves on the Board of Directors of the First Florida Integrity Bank since its origination in 2008. He also enjoys hunting, boating and family vacations.