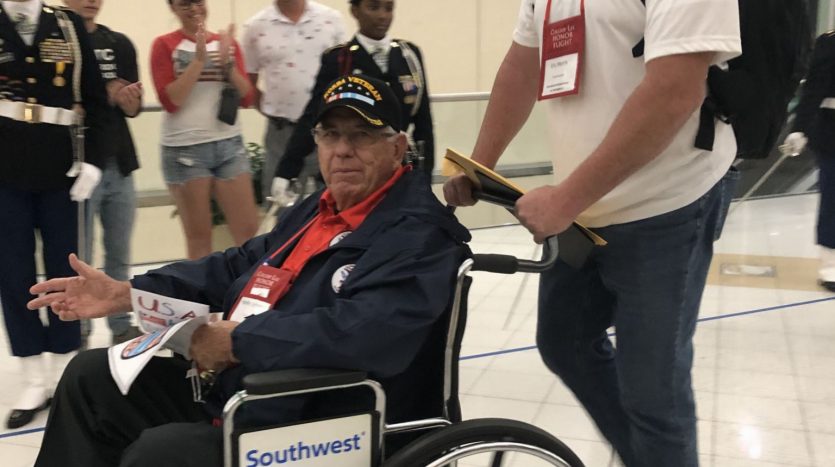 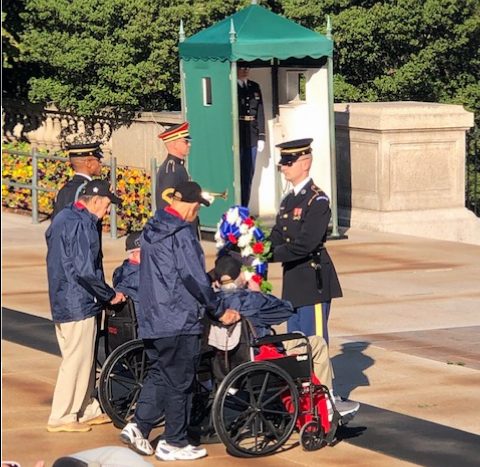 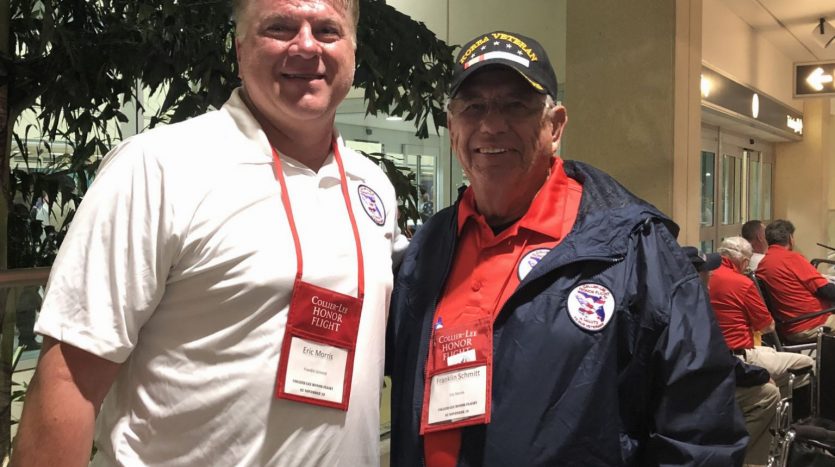 Principal and Vice President of BCB Homes, Eric Morris, volunteered to be a guardian for one of the Veterans on the Honor Flight Saturday. He Shares his experience below!

“The Honor Flight yesterday was truly a great and overwhelming experience.  We had 86 veterans with 11 WW2 veterans on our flight up to 99 years old.

When we arrived at DC Reagan they had water cannons shooting over our plane in salute and when we got off the plane the Air Force choir and hundreds of people were there to greet us and we got a standing ovation from everyone as we exited the airport.

My veteran was 86 year old Frank Schmidt and he was sharp as a tack and in extremely good shape for his age.  He went to boot camp to serve in the Korean War but because his parents had emigrated to the US from Bavaria after WW1 Frank spoke German before he could speak English and his boot camp unit was sent to Korea but he was sent to Berlin to serve in Military Intelligence.

We came across a company of German officers that were there visiting the WW2 memorial and were in DC for training and Frank went up and spoke to them for a bit and they were amazed at how well he spoke German.

On the return flight all the veterans had a mail call where they were given letters from family, friends, school children and politicians and all the guys were emotionally overwhelmed by the amount of mail that was given them and what honor they were paid.

If that wasn’t enough when we returned to Ft Myers airport at 9:30 last night there were hundreds of people there to greet us.  We were escorted in by a bag pipe band, there were military, police, ex vets, Boy Scout and Cub Scout troops and hundreds of random people.  I wish I could have of taken a video of it as it was truly awesome but was busy taking care of Frank as so many people came up to thank him for his service and shake his hand.

The honor flight website will be posting some more videos and pictures and Brenda took some video when we returned.  It was a long 21 hour day but was a great honor and was glad to be a part of it.” 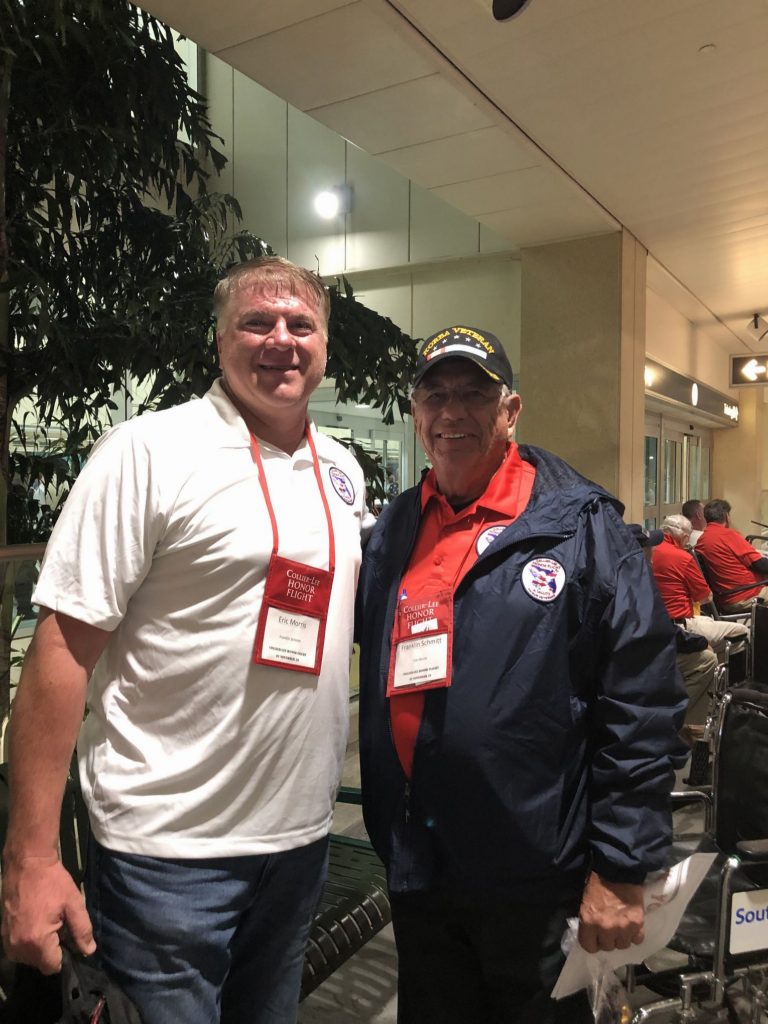 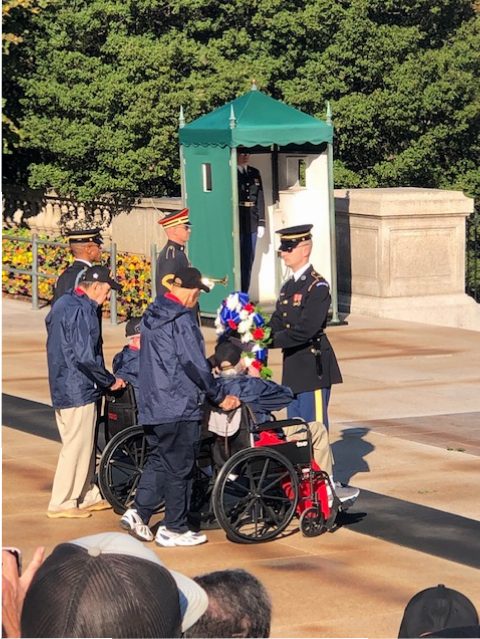